Bruce Faulmann is Vice President of Sales and Marketing for the Tampa Bay Times and a member of the Times board of directors. He served as Publisher of Florida Trend, a Times affiliate publication, from November 2008 to October 2009.

Bruce is a member of many nonprofit boards, including Greater Tampa Chamber of Commerce, Tampa Hillsborough EDC, Hillsborough Education Foundation and the Glazer Children’s Museum.

Bruce is a graduate of the University of Florida, earning a B.S. degree in Advertising.

Before rejoining Gannett in 2010, Howard served as Vice President of National Advertising for Philadelphia Media Network Inc., the parent company of The Philadelphia Inquirer, Daily News and philly.com. Prior to joining Philadelphia Newspapers Inc. in 2003 as Vice President of Display Advertising, Howard held executive advertising and marketing positions with such media organizations as the Journal Register Co. in Trenton, N.J.; Hawaii Newspaper Agency in Honolulu, HI; the Chicago Sun-Times and The Orange County Register in southern California.

Griffin has served as a member of dozens of professional, community service and industry organizations. He attended Wichita State University, in Kansas. He obtained his MBA degree from Pepperdine University in Malibu, California.

Nancy A. Meyer is the Publisher of the Sun Sentinel Media Group, Fort Lauderdale, Fla. and General Manager of the Orlando Sentinel, Orlando, Fla. and Daily Press, Newport News, Va. Prior to returning to Florida, she spearheaded a significant operational and digital transformation at the New Jersey Media Group, part of the USA Today Network that included The Record, NorthJersey.com, the Herald News, (201) Magazine and a portfolio of more than 30 community publications.

Previously, she was the Chief Revenue Officer of Advertising at CT1 Media, which included the Hartford Courant, WTIC-TV (Fox CT) and WCCT-V (CT) television. While in this position, Nancy led the integration of the newspaper and television station advertising and digital operations, unlike any other in the country. She was promoted to that role from her former position as Vice President of Advertising, Strategies and Targeted Media for the Hartford Courant.

She speaks frequently to community and professional groups regarding the media industry, women in leadership and the transformation of traditional media to the digital platform.

Nancy is passionate about her involvement in the communities where she serves and has been active with many professional, industry and community organizations. She has served on the Orlando Economic Development Commission’s Governors Council, Executive Committee and Board of Directors, the Central Florida Commission on Homelessness, Visit Orlando, and the Central Florida Transportation Task Force. She is a cancer survivor and works extensively with Susan G. Komen – Southern New England.

Dean Ridings joined the Florida Press Association, the trade association for Florida’s newspapers, as manager of its subsidiary in 1997, and has served as its president & CEO since 2000. FPA advocates before the legislature on behalf of Florida’s news media and provides media-agency services for regional and national advertisers through its subsidiary, Intersect Media Solutions.

Ridings is a graduate of Flagler College and is a past chair of Leadership Florida, a trustee of Florida TaxWatch and the First Amendment Foundation and is the past president of the Newspaper Association Managers Association. He and his wife Kellie live in DeLand.

Alexandra (Alex) Villoch is East Region Publisher for McClatchy, a national news media company.  She is the President & Publisher of the Miami Herald Media Company – which includes the Miami Herald and el Nuevo Herald newspapers.  She is responsible for both the Miami Herald and the Spanish-language el Nuevo Herald newspapers and their affiliated print and digital products, as well as leading HCP Media, a custom magazine & publishing company owned by the Miami Herald. She is also the East Region Publisher overseeing operations for the Bradenton Herald in Florida; The (Macon) Telegraph and the (Columbus) Ledger-Enquirer in Georgia; the (Biloxi) Sun Herald in Mississippi; the Lexington Herald-Leader in Kentucky; and the Centre Daily Times in State College, Pennsylvania.

Ms. Villoch had previously served as the Senior Vice President for Advertising and Marketing at the Miami Herald Media Company since 2005. Prior to joining the Miami Herald, she was the General Manager for Miami International Airport & the Caribbean for United Airlines, with responsibility over all passenger and cargo operations, sales functions, as well as government relations.  She previously was the Vice President of Strategic & Financial Planning for Southeast Bank, and prior to that spent ten years with Eastern Airlines, in a variety of positions including Director of Financial Planning and Director / Controller of International Operations.

Ms. Villoch is a Past-Chair of The Beacon Council, Miami Dade County’s economic development agency. She is Chair Emeritus of the One Community One Goal Initiative – a Targeted Industry Study for Miami Dade County of The Beacon Council, which she co-chaired for two years. She is the 2016-2018 co-chair of the United Way Campaign and also serves on the Executive Committee of the United Way of Miami Dade, and has chaired the Women’s Leadership Initiative.  She is on the Executive Committee of the Greater Miami Chamber of Commerce and of The Beacon Council, and also serves on the Miami Dade College Foundation. She has previously served as Board Member for the National Welfare to Work Partnership and was the Chair of the Transportation Committee and of the Audit and Finance Committee for WAGES Coalition – Miami Dade County’s Public/Private Welfare to Work Partnership.  She is past-Chair of Big Brothers and Big Sisters Board of Miami Dade. She was the President of the Airline Management Council as well as a Board Member of the South Florida Annenberg Challenge.

Ms. Villoch was awarded the Travel Professional of the Year Award in 2000 for her leadership role in creating the Aviation Industry’s Welfare to Work Coalition for Miami International Airport, helping create over 750 jobs targeted at welfare recipients re-entering the workforce. She was the recipient of the 2006 Angels of Mercy award by the Mercy Foundation, as well as the 2007 Businesswoman of the Year Award by the Coral Gables Chamber of Commerce. In 2010, she was the American Cancer Society’s Gala Honoree; and in 2011, she was the recipient of the Red Cross Spectrum Ambassador Award.  In 2012, Ms. Villoch was awarded the  International Economic Development Council’s Citizen Leadership Award, a national award that recognizes a community and business leader who plays a key leadership role in economic development in their community. In 2015, she was awarded the Thelma Gibson Award of Excellence by the Women’s Chamber of Commerce; the FACE Excellence Award in the Business sector; the Walk in Her Shoes award from the Chapman Partnership for Homeless; and the Beacon Council’s Claude Pepper Award.  She is also the recipient of the Boys Scouts of America Hispanic Heritage Award, the Atlantic Institute’s Leadership Award, and the American Cancer Society’s Circle of 12 Award.  In 2016, she was recognized with the inaugural South Florida Woman of Vision award.  She received the “Community Builder” Award from the Boys & Girls Club of Miami Dade in 2016.

An internationally recognized media industry and corporate leader, Ms. Villoch is a frequent speaker at business conferences and community events in South Florida, the U.S. and abroad.

Ms. Villoch holds a Bachelor of Arts in Political Science, as well as a Master of Business Administration from the University of Miami. She also attended Miami Dade College. Born in Cuba, she is fully bi-lingual, and currently resides in the city of Coral Gables with her husband. Together they have 4 adult children.

Emily Walsh is the Publisher of the Longboat, East County, Sarasota and Siesta Key Observers; Season and LWR Life magazines and YourObserver.com with the Observer Media Group, a family-owned multimedia company that publishes 13 newspapers, three magazines, eight web sites and multiple social and video channels in Florida. Previously, Emily ran the Observer’s digital operations for seven years and as Social Editor for eight years. Emily also was a professional ballerina with the Sarasota Ballet from 1995 to 2000. Emily serves as a member of the Safe Place and Rape Crisis Center Board of Directors; serves on the Ringling College Library Association Board of Directors; serves on the Board of Directors of the Greater Sarasota Chamber of Commerce and on the Kiwanis Club of Sarasota Foundation board. Emily is member of Leadership Florida Cornerstone Class XXXIV. Emily’s awards and achievements include winning Girls Inc.’s “She Knows Where She’s Going” award in 2006, being named one of Sarasota Magazine’s “100 Most Powerful People” in Sarasota in 2007, Editor & Publisher’s “25 Under 35: The Next Generation of Publishing Leaders” in 2012, First Step of Sarasota’s “Caring Heart of the Year” in 2012; American Jewish Committee’s Civic Achievement Award in 2016; and Women’s Resource Center’s “Wonder Woman” award in 2018. Emily’s most proud achievement is her seven-year old son, Rhys Parry. 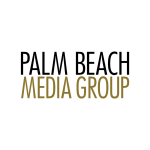 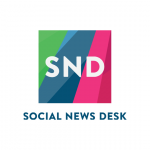 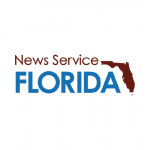 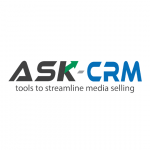 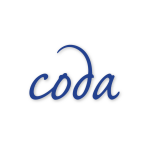 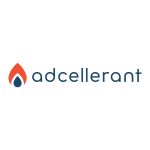 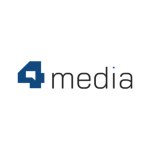 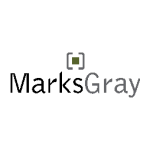 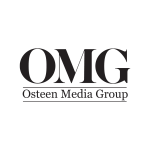 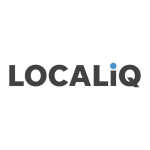 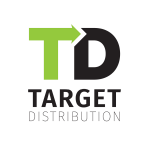