Donald was chosen as this year’s Grand Prize Tampa Bay Times Teacher of the Tear Winner because of his use of the newspaper to teach students about core civics concepts. Throughout the year, he uses the news stories, editorials and political cartoons from the Times to enhance lessons on government and current events. The newspaper helps students to visualize new material and apply the lessons learned to daily life. In this session, Donald will share some his lessons and passion regarding using the newspaper in his classes.

This session will review the who, what, why, when and how strategies of how newspaper in education programs across Florida can use FPES’ 501(c)(3) status to earn money for their programs.

NIEonline works with newspapers in support of their independent Newspaper In Education programs. NIEonline’s classroom resources and other innovative materials provide new ways for teachers to use newspapers as a “living textbook” in their classrooms while helping to build repeat traffic to your digital replica edition.

Sometimes staying relevant means getting back to basics: building future readers. This session will focus on the basics of making newspapers and the news relevant for today’s young people and how to reach out to teachers, school districts and parents to encourage making reading the newspaper part of their daily habits.

The Hispanic market in Florida is growing faster than any other segment. Learn how to best reach this important market.

Dine with a group of your fellow conference attendees at one of our Dine-Around restaurants. Enjoy and network with you peers at communal tables. We’ve made the reservations for you, all you need to do is sign up! There are a limited number of spots at each restaurant so requests will be filled on a first-come, first-served basis.

All reservations are for Thursday, July 11th

How to turn up the volume on your digital storytelling.

Under horrible conditions, both personal and professional, how these journalists served their devastated communities.

A legal perspective on what’s legal and what’s not when working with social media content.

A close look at how newsrooms that want to be mobile first manage their workflow, and how we create, write, edit and design for mobile. 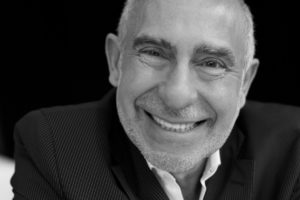 He is also the Senior Adviser for News Design/Adjunct Professor at Columbia University Graduate School of Journalism, which he joined in 2013 as the Hearst Digital Media Professor in Residence.

Currently, Dr. Garcia devotes most of his consulting and workshops to help organizations with transformation to a mobile first approach, including training for how to write/edit/design for the smallest platform—that of the smartphone—where a large percentage of users get their information.

His new mobile storytelling digital book, The Story, has been completed as part of a trilogy and the first book appears September 15, 2019. That book is about Transformation. The other two books of the trilogy are Storytelling and Design, which will appear shortly thereafter. Pre-order The Story here: https://thaneandprose.com/shop-the-bookstore?olsPage=products%2Fthe-story

Mario founded the Graphics & Design program at The Poynter Institute for Media Studies, where he serves as a member of the Poynter Foundation. He has been involved with the Institute’s EyeTrack studies since the 1980s, including the most recent EyeTrack for the Tablet in 2012.

His academic career includes full professor at both Syracuse University’s Newhouse School of Public Communications and the University of South Florida’s Department of Mass Communications. He is the author of 13 books, including his first digital publication, Storytelling in the Age of the iPad.

Mario has received over 300 SND Awards including the Lifetime Achievement Award. People Magazine selected Mario among the 100 Most Influential Hispanics. The University of Missouri awarded Mario its Medal of Honor in Journalism

Weekly publishers share ideas for improving their publications. An open discussion of what’s working and what’s not.