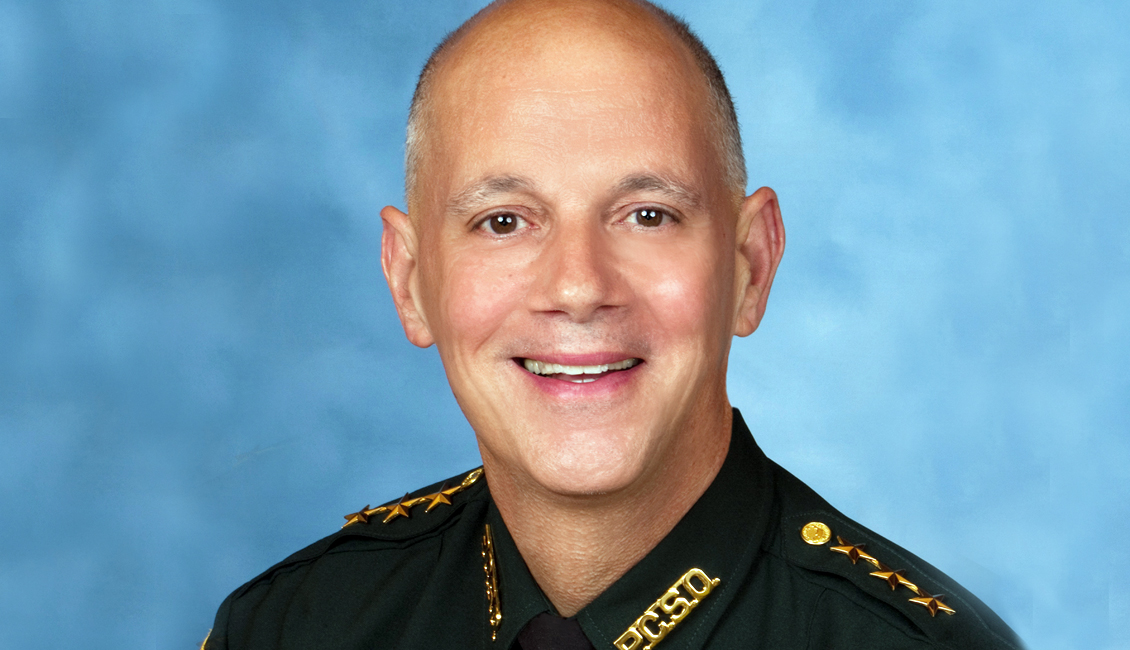 Bob Gualtieri began his career as a detention deputy in the Pinellas County jail in 1982. After attending the police academy, he joined the Dunedin Police Department as a patrol officer and later rejoined the Pinellas County Sheriff’s Office as a law enforcement deputy. Over the next 15 years Sheriff Gualtieri served in various components of the agency, including several years conducting domestic and international drug trafficking investigations as part of a DEA task force.

Sheriff Gualtieri is the immediate past president and current legislative chair of the Florida Sheriffs Association and serves on the board of directors of the Major County Sheriffs of America (MCSA). He is also an Executive Fellow for the National Police Foundation, a member of the National Sheriff’s Association (NSA), International Association of Chiefs of Police, and the Police Executive Research Forum.

On a national level, Sheriff Gualtieri has represented NSA and MCSA while working with U.S. Immigration and Customs Enforcement (ICE) to develop a lawful process that prevents the release of criminal illegal aliens back into the community from our jails. In January 2020, U.S. Attorney General William Barr appointed Sheriff Gualtieri to the Presidential Commission on Law Enforcement and the Administration of Justice. The commission was established to explore modern issues affecting law enforcement and the criminal justice system.

Following the shooting at Marjory Stoneman Douglas High School (MSDHS) in February 2018, Governor Rick Scott appointed Sheriff Gualtieri as the chair of the MSDHS Public Safety Commission. The commission issued a 500 page report in January 2019, and Sheriff Gualtieri continues to advocate for more effective school safety measures in Florida and across the country.
For his efforts to enhance school safety and work with ICE to prevent the release of criminal illegal aliens back into our communities, the National Sheriffs’ Association named Sheriff Gualtieri its 2019 Sheriff of the Year among 3,100 sheriffs nationwide.

During Sheriff Gualtieri’s years as sheriff, he has established multiple new initiatives in Pinellas County, many of which have been replicated by other jurisdictions: Pinellas Safe Harbor, an emergency homeless shelter and jail diversion program that provides services to the homeless and keeps them out of the criminal justice system; Adult Pre-Arrest Diversion program, which keeps minor-crime, first-time offenders out of jail; a Mental Health Unit that diverts people to the mental health system from the criminal justice system; Operation H.O.M.E. (Habitual Offender Monitoring Enforcement), a countywide effort to reduce teen crime; and a School Guardian Unit to ensure safer K12 campuses in Pinellas County.

Sheriff Gualtieri is active in many community organizations and serves on the Pinellas County Homeless Leadership Board, and the boards of directors for the Boys and Girls Clubs of the Suncoast and the Pinellas Sheriff’s Police Athletic League. Sheriff Gualtieri has also received many awards and recognitions for his effort to improve public safety, including being named 2014 Sheriff of the Year by Crisis Intervention Team International for his work on mental health issues.